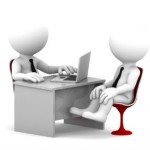 The pre-action protocol for debt claims was recently introduced into the court system.

In short, the courts expect the parties to follow the guidance set out in the protocol itself. The protocol only came into force on 1 October 2017 so it isn’t clear at this early stage as to what steps Judges will take if there has been non compliance but the risk is that the court may impose a sanction such as putting the claim on hold so that the steps can be complied with, to as to ensure that the relevant information has been exchanged. The courts also have a wide discretion as towhat they can do if there has been a failure to comply with a court rule or order. It is possible a Judge could strike out a claim but more likely that it may impose some form of costs sanction.

The debt protocol applies when the sum being pursued is a debt and the person being pursued is an individual, whether acting as a consumer or a business. It does not therefore apply if you are pursuing a limited company.

It gives the debtor quite a lot of time to respond to the claim and limits how quickly a court claim can be issued at court after the initial letter of claim and bundle of documents has been sent. The letter of claim needs to include, amongst other things, information about how the debt is alleged to have been incurred and calculated. It is important to include the standard forms for the debtor to complete too.

If the debtor does not respond within 30 days of the letter of claim, you can then issue proceedings.

If the debtor responds in the 30 day period, you should give a 14 day notice of intention to commence court proceedings, before actually doing so.

The above is just a brief overview and there is no substitute for sitting down and reading through the debt protocol itself which you can find here.

It isn’t very lengthy and well worth spending five minutes to read through. You will need to print off the standard forms included in the protocol when sending the letter of claim, so if you deal with a large number of debt claims, you had better stock up on paper and toner!

Our view is that the pre-action protocol for debt claims is going to go largely ignored. Many claimants will not know it exists or consider the protocol steps to onerous and create too much delay. Many defendants will not want to complete all the information in the forms.