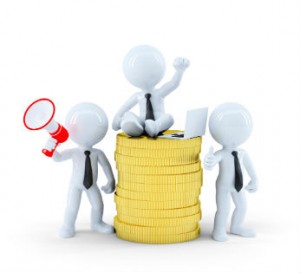 Fixed fee solicitor costs are the latest in a long line of proposed reforms to the civil court system.

Currently, it is very rare to recover costs in small claims, with the exception of court fees and expenses. Small claims typically cover disputes of a value up to £10,000. Claims between £10,000 and £25,000 tend to fall into the fast track and those above £25,000 into the multi track. The general rule in fast track and multi track litigation is that the successful party can expect the unsuccessful party to pay their reasonable legal costs. Those legal costs can be significant.

Sir Rupert Jackson (Lord Justice Jackson – of the Jackson reforms) has proposed that fixed fee solicitor costs be introduced for all cases in the fast track and for all multi track cases up to £250,000 in value. That will by and large, cover the vast majority of work in the courts.

So How Will The Fixed Fee Solicitor Costs Work?

The amount of costs recoverable for reaching a particular stage in the litigation process, will be capped to the sums specified in a costs table, which will allow different recoverable costs depending upon the value of the claim. This will give greater certainty for parties as to what their liability for the other side’s costs might be, if they were to lose. It is not to say however, that clients will not have to pay more than the fixed costs to their solicitors to reach that particular stage. What is recoverable and what the client actually pays are two different things, unless the solicitor agrees to charge only up to the recoverable costs.

That is the main problem. The types of claims the courts deal with are not all the same and will not take the same amount of time. Some claims will be complex with lots of documents. Some will be simple with little documentation. However, they would both be subject to the same fixed fees.

Fixed fee solicitor costs also encourage quicker and cheaper advice. It is cheaper for a paralegal or legal executive to run a claim than a solicitor or partner. It is likely firms will look to have cheaper and less experienced employees carry out the work, given that the same level of costs will be recoverable. Corners might be cut. That might not be the best service for the client.

It has been said this new regime could be introduced within a year. That seems optimistic. However, it would have a big effect on dispute resolution and the quality of service clients may receive.