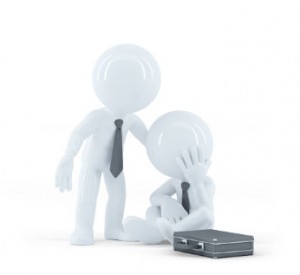 Court issue fee increases remain a hot talking point. Both solicitors and barristers have criticised the proposals to increase court fees, so soon after a huge rise in fees being implemented as recently as April 2015.

The Law Society and Bar Council have now had their say about the proposals. Whether the government takes a blind bit of notice is another thing entirely as it seems determined to turn the court system into a profit centre and means of raising funds.

It means however, that pursuing debts in the courts is going to become even more expensive if the government gets its way. Fees will go up but the same amount of work will be carried out the courts. It doesn’t take any longer, or cost the courts any more to issue a claim pursuing an invoice worth £100 than it does to issue a claim for an invoice worth £100,000. The fees however, a massively different and are more of a tax than a fee for a service.

Both the Law Society and Bar Council argue that smaller businesses could be priced out of starting claims at all. Debtors with deeper pockets might be able to use increased court fees to drive harder bargains to avoid proceedings being issued at all. If those with deep pockets know the creditor might struggle to issue a claim, it gives an unfair advantage in negotiations.

The government consultation continues but we at SV Legal Training think it more likely than not that the increases will be pushed through.