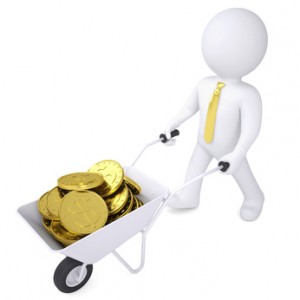 Solicitor Hourly Charging Rates May Be About To Change

The guideline rates tend to be used by the courts to decide how much costs should be paid when a costs order is to be made against a party.

The rates vary across the country. For example, a grade A fee earner (solicitor with over 8 years litigation experience), the guideline hourly recoverable rate is £217 in Manchester, £201 in Bolton and £409 in Central London.

It is important to remember however, that the rates do not affect what is agreed between a solicitor and client. Solicitors generally charge a rate greater than the recoverable hourly rate.

An announcement is due imminently on the review by the Civil Justice Council Committee on the guideline solicitor hourly hourly rates.

The master of the rolls, Lord Dyson, stated that the proposed rates “may have far reaching effects on the legal services market”. What this means is unclear but it is anticipated that the guideline rates will recommend higher rates being recoverable and therefore likely to be charged.

Initial reaction is that the use of paralegals, is likely to become less cost effective. Work carried out by paralegals when assisting another fee earner, is anticipated to be devalued significantly. This means that the courts will be likely to award a reduced rate for work carried out by paralegals. Paralegals have been more common in law firms, as they tend to be paid less than solicitors. They are more common where work is being carried out for fixed fees, such as personal injury claims, conveyancing and wills.

The review of hourly rates is arriving months later than it should. It remains to be seen how long we will be waiting for an announcement.

“Changes to the hourly rates may affect the recoverability of legal costs incurred when dealing with litigation matters. It is all the more reason for businesses to be carrying out their own basic litigation work such as debt recovery.”