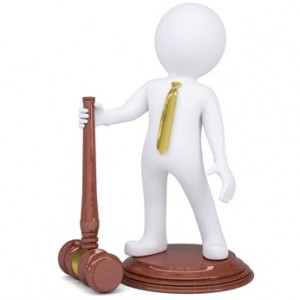 Are The Rules On Relief From Sanctions To Be Relaxed?

The Mitchell decision sent shockwaves through the litigation system. Failure to comply with deadlines meant cases could be severely hindered and could have huge costs implications for both litigants and their legal teams.

Because Andrew Mitchell and his legal team failed to file a costs budget on time, the Judge ordered that Mitchell would not be able to recover his legal costs, regardless of whether he won or lost. Those legal costs are likely to be significant.

The legal professional generally thought the ruling was too harsh and went against common sense.

Clarity To Be Provided?

The courts are due to provide some up to date guidance on the implications and risks to litigants of failing to meet a deadline or failing to comply with the terms of a court order, following the Andrew Mitchell litigation.

The effect of Mitchell was to put all litigants at much greater risk that if they failed to meet the requirements of a court order, then it may have a huge impact on their ability to progress the case. Relief from sanctions would be much less likely.

For example, it may mean not being able to rely on certain evidence or being unable to recover legal costs.

The Court of Appeal is currently dealing with three separate applications relating to relief from sanction. After Mitchell, the courts should be much more reluctant to allow a party who misses a deadline, to obtain permission of the court to rectify the problem. It is hoped that these appeals, will give the Judges the opportunity to clarify the position and to give greater guidance to those who breach a court order or anticipate being unable to meet its terms.

As time has passed since the Mitchell decision, which was in November 2013, various courts have softened their approach to non-compliance.

Since Mitchell, the Civil Procedure Rules have been altered to give parties the power to extend a deadline by agreement for a maximum period of 28 days, provided it is agreed and no hearing date will be prejudiced.

Will the courts chip away at the Mitchell decision further? Hopefully, these appeals will provide clarity.