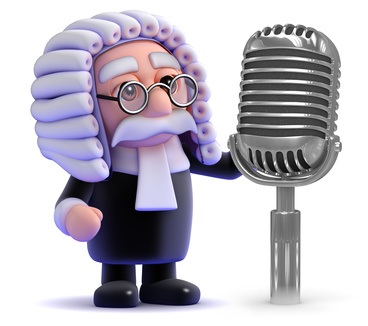 There are proposals to modify the roles of Judges at trial. They may be encouraged to take greater control in civil trials in the future.

In a recent speech by Lord Thomas, he said he wanted to reduce expenditure by the courts significantly. Part of this process would be looking at how claims are dealt with in both be civil and criminal courts.

“Judges already have to take a more active role and control claims where litigants are not represented, such as in small claims. Whether they will take such a role in higher value claims when lawyers are present, remains to be seen.”

Why Change The Role Of Judges At Trial, Haven’t There Been Changes Already?

Lord Thomas noted that with legal aid less available in civil and family claims, a lot of people involved in those claims were struggling along without legal representation. That can put an increased burden on the courts. Many litigants in person do not understand the court rules and requirements, which can require which can result in hearing is having to be adjourned or court staff having to correct errors. Such problems should not occur if legal representatives are dealing with a claim.

One of the suggestions was to increase the input of Judges at trial. The court system is referred to as being adversarial. This means that the parties fight the matter out before the Judge he listens to what is put before him.

The proposed change is that Judges should become more inquisitorial, with them asking questions more frequently and directing the evidence.

Whether these changes come into force remains to be seen. There were significant changes to the civil court system in 2013 so it appears unlikely there will be further changes any time soon. However, it may change the attitude of Judges dealing with claims to encourage them to become more involved rather than sitting back and listening to the evidence alone.