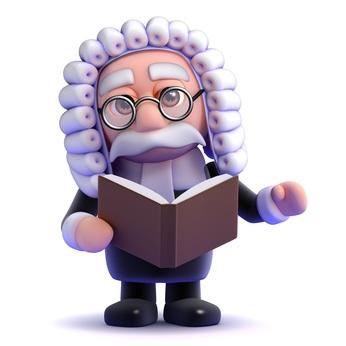 Going to court without a solicitor? You can still try to recover costs from your opponent, if the matter falls outside the small claims track.

It is often thought that people who do not use a solicitor or a barrister to assist them with a civil claim, are unable to recover any form of legal costs other than the court fees they pay. That is wrong.

There are court rules that allow a person who has dealt with the litigation himself, to recover a sum for the time he has spent.

“Don’t assume that because a party isn’t legally represented that they cannot claim costs. However, many litigants in person don’t know they are entitled to claim them.”

Going To Court Without A Solicitor – Litigants In Person

People and businesses going to court without a solicitor are commonly referred to as litigants in person.

The rules allowing a litigant in person to recover costs are hidden away in the Litigants In Person Costs And Expenses Act 1975 which allows them to recover “sums in respect of any work done and any expenses and losses incurred by the litigant in or in connection with the proceedings to which the order relates.”

This is added to by rule 46.5(6) of the Civil Procedure Rules which clarifies that a litigant in person includes a company or other business.

Assessing Costs Claimed By A Litigant In Person

The problem for the court is how to assess how much the litigant in person should be entitled to if he is successful with his claim or defence. The current hourly rate allowable is either (1) £18 or (2) a maximum of two thirds of the amount that would have been allowed if the party was represented by a solicitor or barrister if he has suffered financial loss. Obviously, the two thirds is going to be greater than the hourly rate of £18.

A litigant in person should take advantage of the rules and seek costs even if they have not instructed a solicitor.