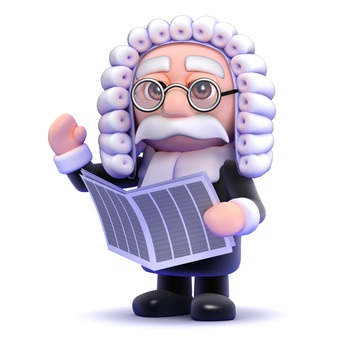 The government has proposed to increase the court fees in civil claims in an unusual way. The changes could result in court fees increasing by up to six times in value.

The Ministry of Justice is hoping to use the increased fees to generate in the region of £200 million a year in higher fees. It is a staggering amount. The concern is whether the increase in court fees will result in further investment in the civil court system and whether court users will see any return for the increase in fees they are paying.

The proposal creates the risk of a Claimant in a commercial claim having to pay up to £20,000 in court fees. The key is the proportionality to the value of the claim. For multi-million pound claims, perhaps that is reasonable but for lower value claims, the system needs to be much fairer and ensure that individuals and businesses are not being priced out of litigation. From the comments of the court minister, Shailesh Vara, it appears they are aiming at the higher value claims, as she has said “We have the best court system in the world and we must make sure it is properly funded so we keep it that way. Hardworking taxpayers should not have to subsidise millionaires embroiled in long cases fighting over vast amounts of money, and we are redressing that balance.”

For more modest values of claim, the courts are considering introducing a sliding scheme of fees being partly based on the value of the dispute. That is not unreasonable on the face of it, provided the costs remain proportionate. However, the likelihood is that all court fees will be increasing.

The government is facing criticism as if they can the push the legislation and changes through, what can court users do to object? If you need to use the court, you have to pay the fee demanded. It remains to be seen what changes, if any, the proposal would make to lower value debt claims and small claims litigation.