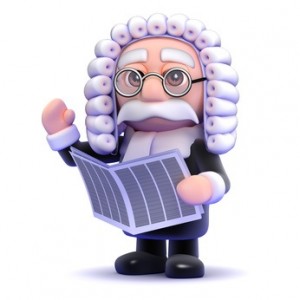 The Andrew Mitchell court case, is a claim brought by the politician who became stuck in the middle of the “plebgate” affair, when it was alleged, amongst other things, that he had called a police officer a pleb.

Andrew Mitchell has since commenced a defamation claim against the Sun. He claims that the newspaper printed allegations which were untrue and which have damaged his reputation.

What the case is about is not important to this post but what is of huge importance is the decision of the Judge about Andrew Mitchell’s failure to comply with a court order. The order made by the Judge makes it crucial that people using the courts understand the importance of complying with a court order and meeting the deadlines set.

The civil court rules changed significantly in April this year. Some of the changes involved litigation funding as no win no fees were effectively killed off, as success fees and after the event insurance premiums would no longer be recoverable from the defendant. The rules also changed about how lawyers and Judges should approach the failure to comply with a court order, for example, missing a deadline or failing to do something as ordered.

In the Andrew Mitchell court case, his lawyers were late in filing a costs budget with the court and serving it on the other side’s solicitors. The Judge decided that because they had missed the deadline, the following court hearing suffered because the parties had not had long enough to consider the budget information Andrew Mitchell was relying upon. The Judge decided that because of the delay, that Mr Mitchell will not be entitled to his legal costs, even if he wins at trial. Those costs are likely to be tens of thousands of pounds. His lawyers appealed the decision and the court of appeal rejected the appeal, so the original decision still stands.

This is a huge decision and one which would not likely have happened in the past. The courts previously would likely have allowed the late service of the document but ordered the late party to pay the other side’s additional costs caused by the late service, for example if the hearing had to be put back to a later date.

Going forward, parties who miss deadlines might not only be unable to recover costs but it might affect the evidence they are able to rely upon at trial and may even result in a claim or defence being thrown out. What is clear is that anyone dealing with the courts must understand the rules and the importance of meeting court deadlines. We teach you what you need to know in our courses to help you avoid slipping up.