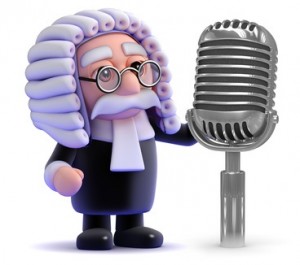 It publishes statistics fairly regularly and has just released its six month statistics for the first half of 2013. You can see the report here: Registry Trust

In brief, the statistics show:

– That the total number and value of County Court Judgments recorded, has lowered gradually over the past three years. The numbers were at their peak in 2009.

– The average value of each judgment has gone down (the average being in the region of £2,600 for consumers and £4,200 for businesses).

– That of the judgments entered, less than a quarter are recorded as having been paid (either by notice of cancellation or satisfaction).

– The bulk issue centres have taken a huge amount of the workload off the individual County Courts.

– The vast majority of claims are brought by consumers (83%), rather than businesses (17%).

So what to do all these figures mean and what might be the reasons?

The number of judgments being entered is reducing

This could be down to:

– Less claims being issued (the statistics don’t show those numbers),

– More claims settling before trial, possibly because of the small claims mediation service,

The value of the claims are going down

This could be down to:

– Claimants issuing claims earlier than they might otherwise have done because money is tight,

– Claimants issuing claims for smaller sums which they might not previously have bothered with,

Less judgments are recorded as being paid

If a judgment is paid in full within 28 days, the debtor can have the CCJ cancelled. This removes all record of it from the debtor’s credit history. If paid after 28 days, it can have the judgment marked “satisfied”. The record of the CCJ stays but is shown as having been paid.

The low number of cancelled and settled CCJs could be down to:

– Debtors simply don’t have the money to pay so judgments are going unpaid,

– Many debtors will not knowing they can apply to court to update the record (or just not bothering), despite having paid the judgment amount,

– Debtors are entering insolvency, so preventing enforcement of the judgments,

Less judgments are being entered in local County Courts

– The use of the court system of bulk centres meaning the individual County Courts have less work to process.

– The County Courts are mostly used by consumers / individuals rather than businesses.